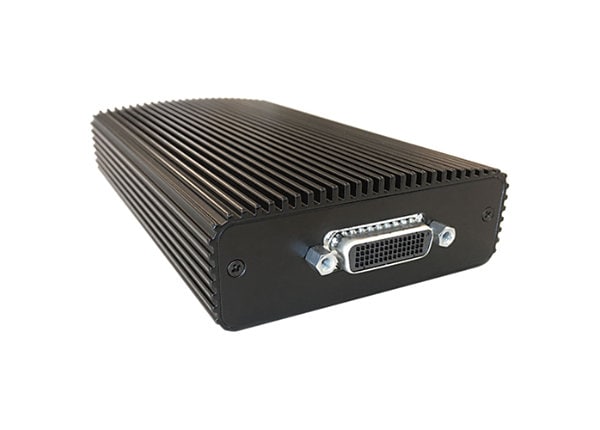 Main Features
The Polycom EagleEye Digital Extender is a useful camera accessory designed for use with the EagleEye IV or EagleEye Acoustic (sans audio) cameras by Polycom. This audio and video extender lets you extend the camera up to 328 ft. from the video conferencing system's codec using a Cat 5e cable. It includes a transmitter, a receiver and a 3.3 ft. HDCI/mini-HDCI digital cable for user convenience.