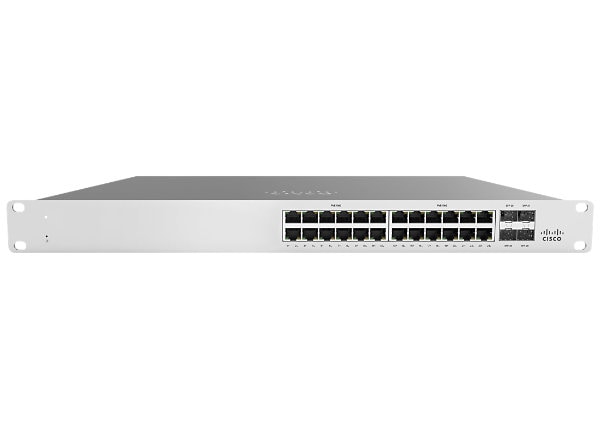 Cisco Meraki switches are managed through an elegant, intuitive cloud interface, rather than a cryptic command line. To bring up a Meraki switch, just plug it in; there's no need for complicated configuration files or even direct physical access to the switch.

Cloud management has a number of benefits that make it easier to build networks large and small:

• Virtual Stacking: manage up to thousands of ports from a single pane of glass

• Role-based administration and automatic, scheduled firmware upgrades over the cloud